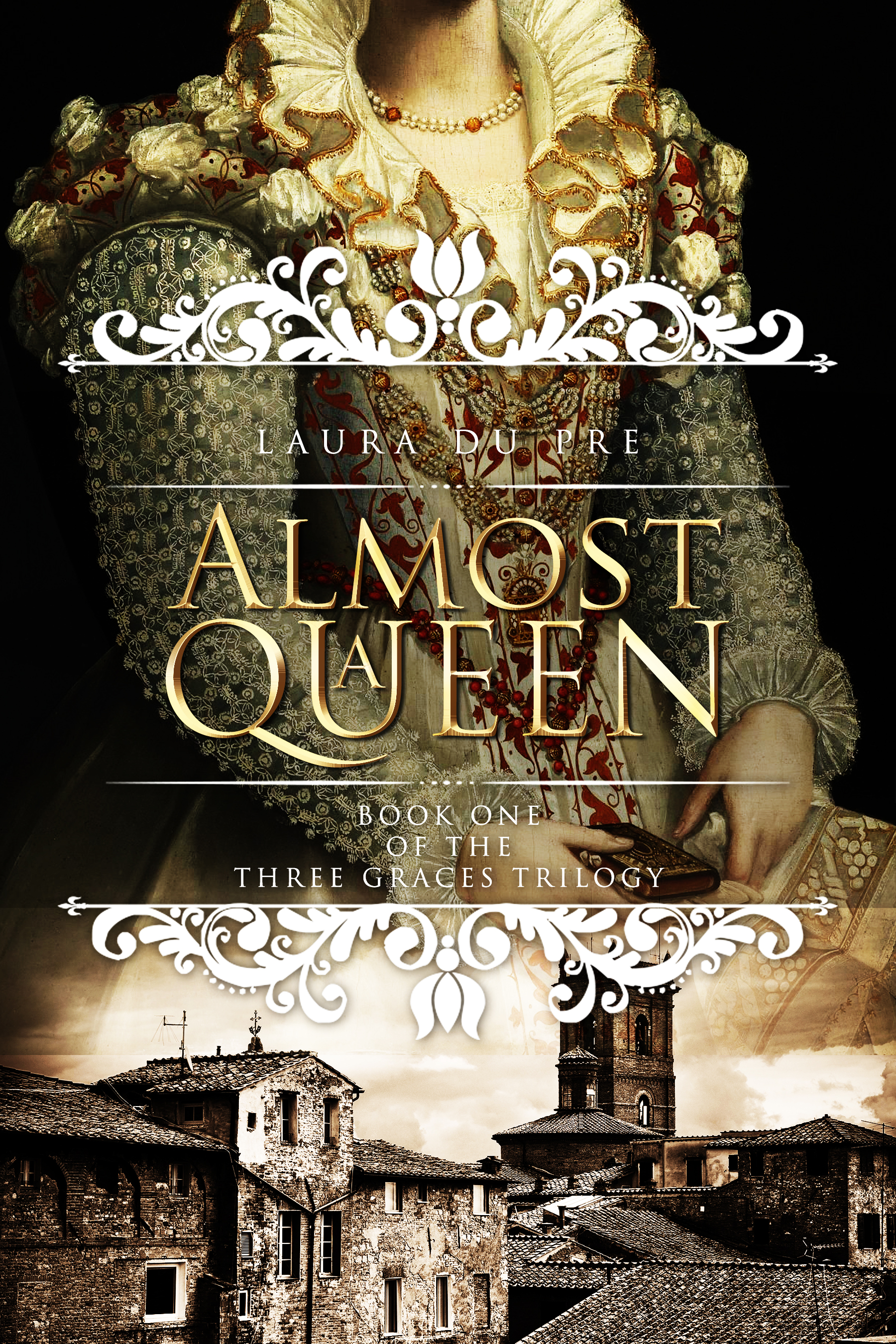 Almost a Queen: Book One of the Three Graces Trilogy

Cousins to the King of Navarre, the Cleves sisters witness the glamour and danger of the French royal court firsthand. Youngest sister, Marie is trapped in an unhappy arranged marriage with her cousin, Henri, Prince de Conde. Determined to make the best of her situation, she awaits the wedding of the King of Navarre in Paris.

Paris of 1572 boils with religious war, and few will make it out of the wedding celebrations alive. Those that do survive face an impossible choice: convert or die. Will Marie and Conde make the decision to abandon their Protestant faith in order to save their lives? Will it cost them their souls?

Along with the threat of death comes a change for true love with the king’s younger son, the Duc d’Anjou. Yet Marie promised to love honor and cherish her husband till death did them part. Will death part them soon? Is it possible to find love in the midst of tragedy?

Based on a true story

The Cleves sisters’ story starts with Marie, the youngest sister introduces you to the world of court politics in France of the 1500s. Like most great noble families of the period, the web of intermarriages and alliances made enemies out of blood relatives. It also meant that the stories of the people who served the Valois monarchs were as intertwined and as complicated as their marriages.

Led by the ever-vigilant Catherine de Medici, Queen Mother of France and a force of nature, the members of the court shaped the political and religious future of France of the Sixteenth Century. In upcoming novels, you’ll meet the often- derided Charlotte, Madame de Sauve, and enough royal mistresses to satisfy your need for scandal.