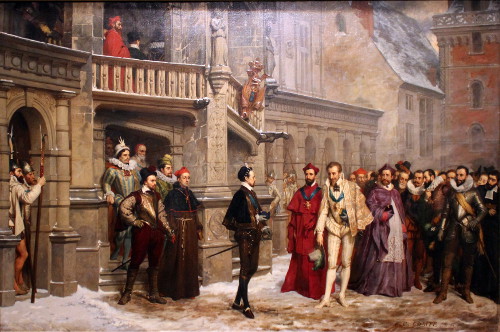 Bringing the court of Renaissance France back to life

I’ve never been a fan of commonly held reputations, particularly of historical women.  I was determined not to portray Catherine de Medici as a dragon lady. 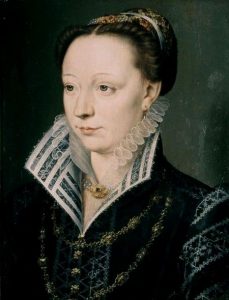 One of the privileges of writing several books within one setting (and via first-person storytelling) is the ability to portray a character from several different viewpoints.  For Charlotte de Sauve, Catherine is a demanding “boss” who knows she holds Charlotte’s future in her royal hands.  Marie of Cleves, who was on her way to becoming Catherine’s latest daughter-in-law, Catherine was more nurturing.  As a matter of fact, Diane de France, one of Henry II’s illegitimate daughters, was the recipient of Catherine’s maternal affections.  That’s far from a dragon lady.

I got into writing historical fiction by searching my own Huguenot ancestors.  Growing up in the United States, where you can literally just go down the road to find another church that’s 360 degrees from the previous one, I really have trouble understanding the reality of fighting over one’s religion.  We have the luxury of coming up with whatever “batshit crazy” religion we want in the US, so religous war is hard for me to understand, even in an academic sense.

If anything, I can understand the Catholic point of view:  the church was going fine until