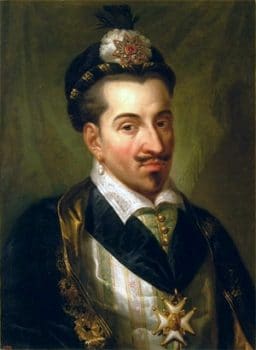 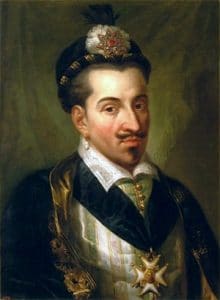 [His Majesty the King of France arrived thirty minutes late for his interview. During our interview, he insisted that we address him in the most formal of address, and strict protocol was to be adhered to. Our requests to speak to Queen Louise were briskly refused]

Q; You survived the loss of your first love; how difficult was it for you to continue after her death?

I don’t think that anyone gets over the loss of the person who completes them. The throne of France is a heavy burden, and a lonely place. I had hoped to share that burden with Marie, but God had other plans for me.

Sometimes, I dream that she is still with us. She would have made a splendid queen, but, alas—that was not meant to be. We must all go on, no matter how difficult it seems.

Q: You’ve been soundly criticized for the resemblance between Queen Louise and the Princess of Conde. Do you feel that was a conscious choice?

[Laughs] No, no. Of course not. Louise, like any other French woman, is beautiful both inside and out. The choice of a consort is a difficult one, but it was my wish that Our Lorraine cousins understood Our deep affection for them through our marriage.

I adore my wife, and I enjoy our quiet evenings walking our dogs. I get few quiet moments alone, and we cherish them.

Q: How is the French throne affecting your ability to govern the Polish people?

Alas, I cannot see my Polish subjects in person as I can my French ones. God has willed that I receive the throne of France, and with the throne comes difficult decisions. I must think of the country of my birth and my family first.

Q: In your words, what are your relationships with your younger sister Margot and brother Francis like?

Ah, Margot—she is young and impulsive. Were she a man, I believe she would better understand her obligations to her family, no? I think that often she believes that her intellectual pursuits mean that he has a grasp of politics, but it blinds her to the fact that she is unable to understand it as a man, or a king might. That is why it is my duty to guide her. She rarely appreciates the guidance that I and our mother give her, but the Lord has said that a man should guide his family.

My younger brother was stuck down with a sickness as a babe, which has left him addled. Would to God that it had never afflicted him, but again it is the duty of I and my mother to guide him. I doubt that his flirtation with the Protestant cause is anything to worry about, but one must always accept the responsibility for guiding those under our care.

Q: Do you think that it’s fair that you are always referred to as the Queen Mother’s favorite?

[Laughs] Do you think that it is fair that she treats me as her favorite? Ah, can anyone truly deciper the mind of Catherine de Medici?

Q: What are your plans for working with the Catholic League?

I agree with our Guise cousins that we must defend the True Church in France. I feel that it is too impolitic to use such violence in dealing with the Protestants, however. I believe that I can make them see reason that there is a milder way to promote our church.

Q: It seems as if your relationship with the Guise family is always tense.

Make no mistake, the Duke of Guise and the House of Lorraine are loyal Frenchmen, and are loyal to the crown. This noise about them being rebellious is pure nonsense.

Q: Yet the Duchess of Guise remains angry about a nickname you gave her.

Ah, yes! What was the nickname I gave her? It suited her so well…..Let me see. Ah, yes– The “Mistress of Saint Megrin.” I rather thought she enjoyed the name. I certainly enjoyed the whole affair. [Catherine Duchess of Guise was involved in an affair with Saint Megrin until the Duke ran the man through with a sword in the Guise’s bedroom. At the time of the affair, rumors ran rampant that the king encouraged Guise to surprise the two during the act before disposing of Saint Megrin. We were unable to determine the truth of the rumor, and the king refused to speak of it]. Look, given how many lovers Catherine has had over the years, I scarcely think she even remembers him.”

Q: You’ve also had many relationships attached to your name. Do you want to set the record straight once and for all?

Let me be clear: homosexuality is a venial sin, and one that I do not engage in. I am more than happy with my queen. The men who serve me are close friends, and nothing more. The service they perform for France more than makes up for the honors that I give them.

These rumors are nothing more than jealousy, both from the Protestants and the enemies of my mother. I have instituted a court full of courtly manners not seen since my grandfather, Francis I. France deserves a court that reflects the greatness of the country, and I am doing nothing more than that.

[at this point, the King abruptly ended the interview]