Excerpt from the Valois Mistress 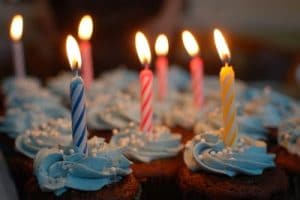 Today might be my birthday but I’m feeling generous.  I have a present for you:  an excerpt from The Valois Mistress, coming in 2018

As I walked across the courtyard, I barely caught myself before I tripped over a pair of muddy boots. “Going somewhere, Mademoiselle?” a jaunty voice called out at my feet. Pulled out of my reverie, I turned to see a hawkish nose, accomplished by bulging eyes and a mop of frizzy brown hair. Henry of Navarre was not handsome by any standards of beauty, let alone the French court that prized blonde delicate features like my own. Still, despite his homely appearance, I had always enjoyed Navarre’s good nature.

A man born to the outdoors and soldiering, Navarre spent most of his time at war, and it showed. Contrasted with our own King, he looked the part of a solider leading his troops to victory. I had known the ugly but jovial King since he was an awkward princeling, recently come to court. Like most of us, he spent his days looking at his feet, and looking awkward when faced with the dazzling glamour of the court. As the years wore on, however, he found an awkward place by becoming a clown and infusing the court with a homespun but genuine humor. In short, I found the King of Navarre a welcome contrast to the machinations of the court.

“I needed air, the court was becoming stifling.” I managed a smile and tried to ignore any feelings of pity lest my expression give them away.

“That’s why I’m out here.” He let out a loud guffaw that seemed to reverberate across the courtyard. His reputation for seducing ladies once mystified me, but eventually I understood the value of his easygoing manner, so lacking in the artifices of the court. “Tell me, what kind of conspiracy is going on up in those cold chambers? No, don’t tell me—I’d probably rather not know.”

“No, you wouldn’t.” This smile was genuine, and took a seat on the steps beside him. The courtyard was full of courtiers and servants, going to and fro, which kept us from starting a scandal of our own. But something told me that if given a chance, Navarre would enjoy creating a scandal of his own. To my horror, Navarre began removing his muddy boots, completely at ease with himself.

“Tell me, Mademoiselle, why haven’t I seen you carrying on a clandestine tryst here at court? No one caught your eye?” He gave me a quick wink.

“I am here to create no scandal, only here to please the Queen and the court. With my brother gone, I serve at the pleasure of the Queen. My family cannot afford for me to go go home to Tours unmarried and in disgrace.”

Get discounts on the book and other new releases by joining my newsletter.  Details and link below.