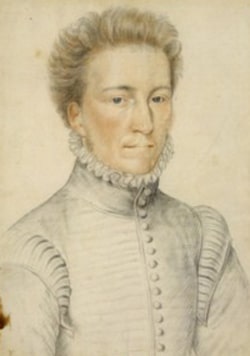 If you are looking for more information on the scandals surrounding Louis, Prince de Conde and his son, Henry, I have a two volume set to recommend. History of the Princes de Conde in the XVIth and XVIIth Centuries is from the nineteenth century, and below you’ll find the links to the English translations.  A bit of warning: they’re available from Google Books, which means using the “find” option is impossible.

The elder Conde, Louis, fell into the trap set by Catherine de Medici and her Flying Squadron.  His son, Henry, appears first in Almost a Queen, which tells the story of his disastrous first marriage.  To get a FREE copy of the story of his second marriage, click here.  Both men are large figures in the early history of the Huguenot movement, so if you’ve done some research on French Protestants, their names might sound familiar to you. 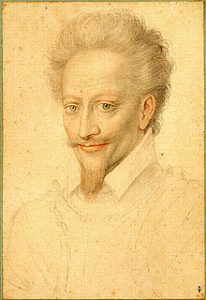 I’ll try not to spoil things for you, but there’s a bit of controversy surrounding the birth of Henri I’s son, Henry II.  For a time, the younger Henri was the Dauphin of France.  He certainly proved to be an obstacle to Henry IV’s mistress, Gabrielle d’Estrees.