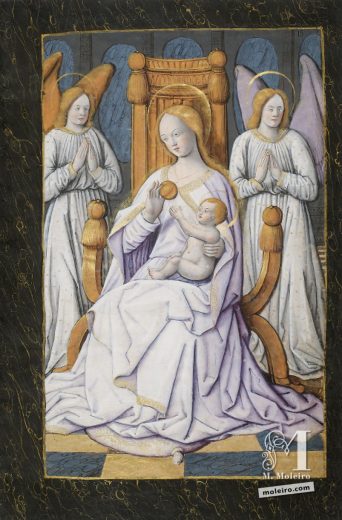 I’ve gushed in the past about the prayers books that were created during Renaissance France.  Before, they were books that belonged to royal and noblewomen.  Color me shocked when I learned that Henry of Navarre, who became Henry IV of France, carried a prayer book of his own.

I have the folks at Medievalists to thank for the tip.  I’ve scoured their post and the translation at the French National Library for a date for the prayer book, but so far I’ve had no luck.  Henry IV was born a Catholic, and soon after his mother converted to Protestantism, he and his younger sister, Catherine, grew up as Protestants.  In 1594, Henry returned to the Catholic church for what would be a lifelong dedication to Rome.  If course, that dedication was politically motivated, but Henry kept his word to remain a Catholic until his untimely death.  My educated guess is that the book dates from 1594 to about 1608. 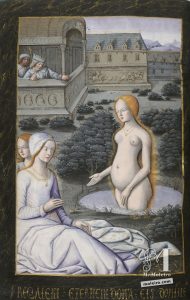 David and Bathsheba. Ironic, given how Henry snatched Gabrielle d’Estrees from her own lover and later husband. 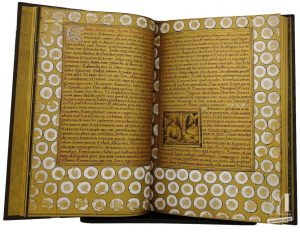 Even by the extravagant standards of 16th Century artwork, this book is remarkable.  Every single page in the book is gilded.  Every. Single. Page.  Cynic that I am, I can’t help but wonder if this book was every meant for anything other than a showpiece.  Francis I’s prayer book was small and mobile, which reflected a king who was constantly on the go.  Henry IV spent most of the first decade of his rule in the mud and muck of a battlefield, trying desperately to keep his crown.  I doubt that this book ever accompanied him on the battlefield.  It probably stayed at the Louvre, getting as much use as a family bible does today.  More than likely, it was only for show.  I suppose one way to convince cynical Catholics that his conversion was sincere was to buy the most ornate and expensive prayer book he could find.

Art historians continue to debate who created the book, giving several possible names.  If you’re looking for a copy of the book for your own home display, you can order it from Moleiro.