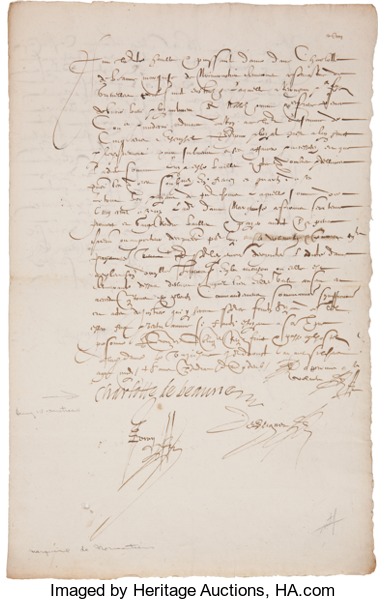 Playing detective with a document signed by Charlotte de Sauve

A while back, I saved an image with Charlotte de Sauve’s signature to my Pinterest board about her.  It’s been so long since I did it that I forgot how I came across it.  It was sold at auction, and the description lists it as a letter.  Since it’s in Old French, few people outside of experts have translated it.  Challenge accepted.  As President Kennedy said, ‘We do these things not because they are easy, but because they are hard.” 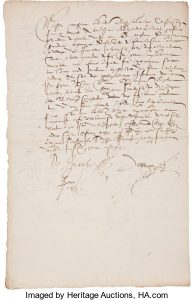 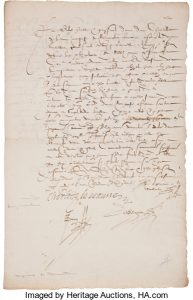 I’ve never seen Charlotte’s handwriting, so to see something that she’s actually touched brought out the most nerdy pats of me.  In the past, when I worked at the conservation lab at the Tennessee State Library and Archives, we translated a land transfer/ grant from middle English.  It was a blast, so now that I’m master of my own fate (read: I decide how to waste my time), I jumped at the opportunity to do this once again.

I’ve only spent a couple of hours looking at it so far.  Truth be told, it’s taken me a while to calm down from the shock of seeing this.  This is what nerds like me live for.  I have made some observations so far.

I don’t think this is a letter

You can quote me on this one.  I have a sneaking suspicion that this is not a letter.  This, however, would not be the first time I was wrong.  My spidey sense just tells me that this is more than a letter.  At this point, however, it’s just a hunch.  My reasons?

Look at the size of that thing

Letters are personable, portable things.  Even if it wasn’t a secret communication, letters are meant to be small and easily folded into one’s clothing.  Judging from the size of this thing, it’s huge.  It’s legal size huge.  Legal documents are large and durable because they’re created to last for a long time.  Judging from the size, I think it’s some kind of legal document

There are three signatures

Not only did Charlotte sign it, there are two other distinct signatures.  A letter would usually be written from one person to another.  With three signatures, it has the tell-tale look of a document that requires two legal witnesses.  Unlike Charlotte’s large, looping signature, the other two are hard to pick out.  Once I figure out who they are, I’ll have to do research to find out who they were in relation to her. 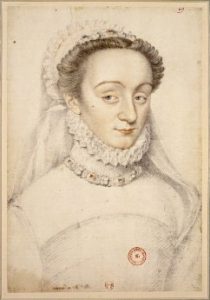 This mystery is really fun at this point.  It gives me something to obsess about when I’m not writing.  Right now, my imagination is running wild.  I’ll post updates on my progress in the future.  For now, if you are interested in reading Charlotte’s story before it comes out in 2018, click here.  As a thank you, I’ll send you a copy of Safe in My Arms:  A Three Graces Story.