Meet the characters of The Valois Mistress

The Valois Mistress is my first full length novel, and I’m very excited to share it with you.  The book’s still in the editing stage, but I’m hoping to get it out this December.  If you want to get an advanced copy, click here.  While you’re waiting, get to know the people of the French

Playing detective with a document signed by Charlotte de Sauve

A while back, I saved an image with Charlotte de Sauve’s signature to my Pinterest board about her.  It’s been so long since I did it that I forgot how I came across it.  It was sold at auction, and the description lists it as a letter.  Since it’s in Old French, few people outside 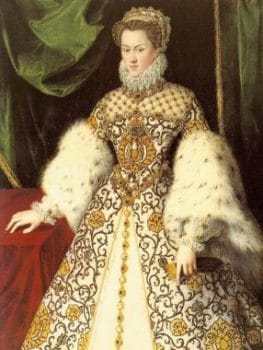 [Queen Elizabeth came to our interview accompanied by an interpreter, Baroness Charlotte de Sauve, wife of the Chancellor of France. When the queen spoke to us in French, he words were heavily accented with German, but were obviously improving. While the Queen was subdued, Madame de Sauve often interpreted, sometimes leaving the two women in