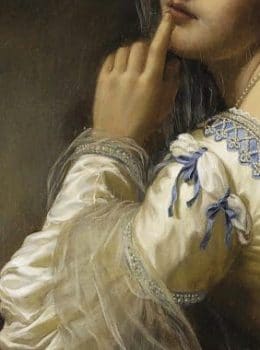 If you’re under the impression that the life of a royal mistress was nothing more then lounging around a bed naked, I’m sorry to disappoint.  These women worked hard for their position, and the worked even harder to keep them.

Most queens were of foreign origin, and it was difficult to fully trust her loyalty to her husband’s country. More often than not, a mistress was a native French woman, and the country felt a bit of pride in knowing that one of their own shared the king’s bed.

Plucked from the nobility of France, a mistress demonstrated the cream of French women to ambassadors and envoys who visited the court. Only the most gracious, most beautiful and cultured woman was fit to grace the King’s bed. The King’s international stature increased with a stunning woman sitting at his table.

There’s an old saw that the king is most susceptible to suggestion when he’s lying down. The gentlemen of the court might have the king’s ear and they might be the best of drinking buddies, but a mistress had the king’s entire body, so to speak.

Lying in the king’s arms, a mistress learned what made the king happy, what soothed him, and the best ways to approach him with a request. She learned tics and habits that the king would never display in front of even his closets make advisors.

Anne d’Presseleu was so involved in negotiations between Francis I and Charles V that Charles wrote her to thank her. Using her elevated status as a negotiator, she parlayed it into a temporary banishment of Diane de Poiters from the royal court. The resulting rift between Francis and Henry II was so bad that Francis did not bother to reconcile with him until just before his death.

Granted, few women got into the mistress game purposefully to become the scapegoat for all of France’s ills. Yet most of them found themselves in that position, no matter how much they actually influenced the king and his policies. Since the Queen was considered to be a holy and anointed sovereign, so criticism of her could invite accusations of treason. In the case of Eleanor of Austria, it was more like kicking a wounded dog.

Critics of a mistress pointed out that placing such power and trust in a woman with no qualifications or honors indicated a general weakness in the governing of France. Even a queen serving as a regent could be accused of this weakening of the country’s government, but at least in the Queen’s case, her royal blood set her apart from mere mortals.

France is unique in that the Revolutionary time the institution of the monarchy as a whole was soundly attacked in order to justify the bloody actions of the revolutionaries. Historians of the eighteenth century pointed to the licentiousness of royal mistresses as a sign that the crown was at its heart morally corrupt. 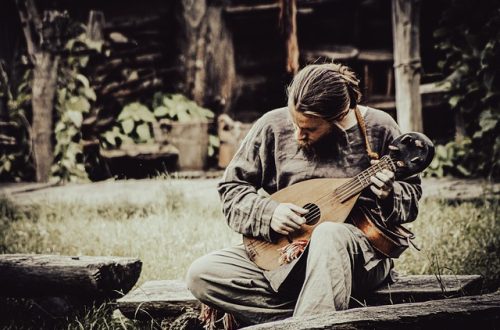 Jules Larimore delves into the history of troubadours