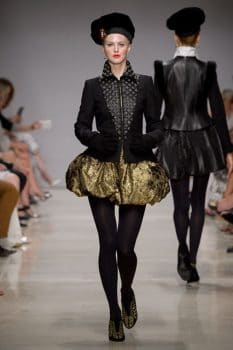 Everything old is new again.  For some design house, like Valentino and Alexander Mc Queen, the Renaissance era is fertile ground for inspiration.  You can see hundreds of ruffs on the runways these days, and there are other elements of Renaissance dress in current couture.  I’ve collected many images of haute couture that reflects 16th century style on my Pinterest board.

I usually post at least on couture design that reflects a Renaissance inspiration on my Instagram account.  If you aren’t following me there, head over there and you can see all the images as they’re posted.

One collection that really caught my eye was the Curiel Culture collection from Fall 2015-16.  Curiel dedicated the entire collection to a celebraton of both Queens Elizabeth, which meant that the theme was Renaissance and Tudor style.  For a taste of the fashions, scroll down below. 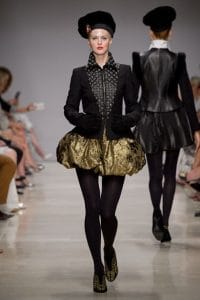 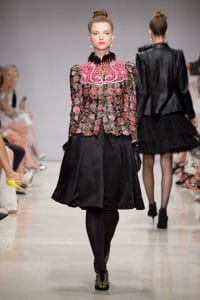 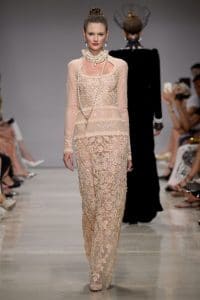 In December 2012, Chanel, one of the most iconic French fashion houses, reached back to the Sixteenth Century as a basis for their 2013 Pre-Fall collection. You can see the entire show here on You Tube here. What set this collection apart from other Renaissance- inspired designs was the decision to base many of the designs not only on women’s fashions of the century, but men’s fashions as well.

Several fashion lines have used fashion elements that were worn by women of the 1500s, including slashed sleeves and squared collars, but Chanel decided to add a unisex look by recreating the dublets and ballon style trousers men wore throughout the 16th Century.

The show took place in Linlithgow Palace, birthplace of Mary, Queen of Scots, who for a short year was queen of both France and Scotland. A daughter of the powerful Guise clan and the Stuart dynasty, Mary embodied the “Ye Ald Alliance” between the French and Scots that was designed to check English power in Great Britain.


Karl Lagerfeld led the design team for the Pre-Fall 2012-2013 season, and he used a personal connection with Mary Stuart as the inspiration for the line. The first French poem that a six year old Lagerfeld learned was about Mary, and he decided to combine what he called “barbarian romance” to fuse Scottish tartans and kilts with the legendary design aesthetic of Chanel. 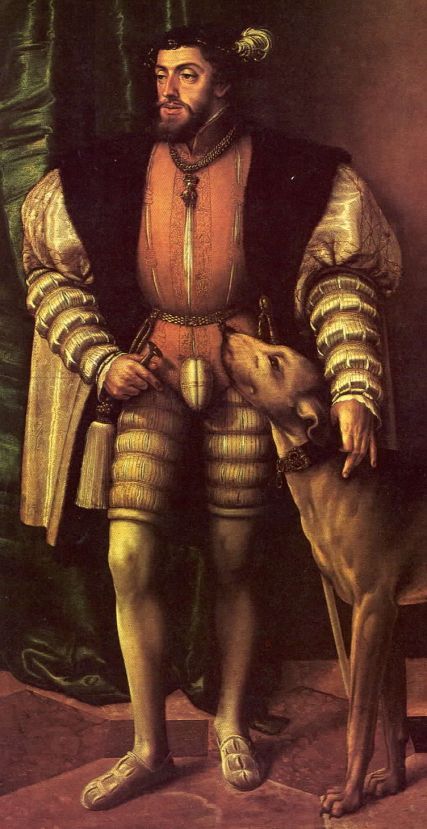 The origin of the codpiece. Because you never wanted to know 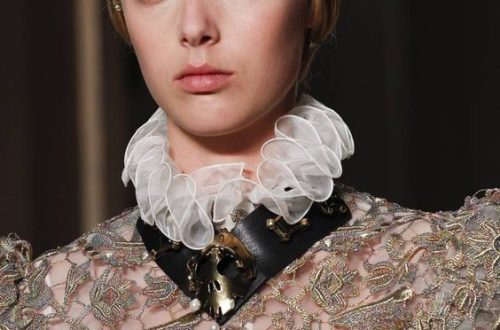 Valentino reaches back to the Renaissance