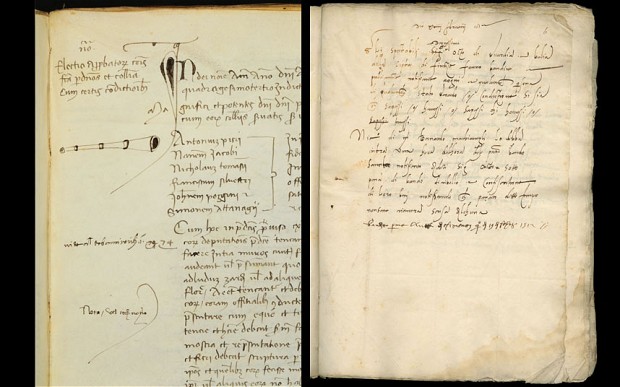 Once Francis I ascended the throne of France, he immediately began creating a legacy of culture and power for his new dynasty. A large part of that legacy involved creating a royal library. As he carried on the tradition of warfare across Italy, he spent a large part of his time collecting books that soon made their way to France.

Francis did not found the royal library; his predecessor, Louis XII did so using books he inherited from Charles VIII. During Louis’ reign, the library resided at the Chateau de Blois and featured books Louis took from Naples and Pavia. Other volumes came as gifts or translations Louis commissioned from copyists.

Louis’s successor viewed librarianship in a different manner. Francis carried his own books with him while on campaign or while traveling across France. Often, he selected a servant called the lecteur de roi to read from his books as he dined. The longer Francis’ reign continued, the larger his traveling library grew, with few of his own books taking up space within the rooms at Blois. 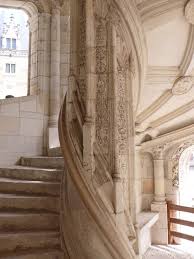 In 1537, the Ordinance of Montpelier required printers and booksellers across France to deliver one copy of every new book to the Blois. Booksellers deposited foreign or imported books at Blois for Francis’ men to examine them to determine if they were worthy to buy. The ordinance was a skillful bit of political promotion, since Francis hoped it would paint his reign as a literary golden age. In addition, he designed the program to ensure that future scholars would consider his texts as pure and original examples of their works. In practice, the ordinance did little to attract the droves of scholars he expected.

The Ordinance having failed to stock the library at Blois, Francis turned to other sources for his books and texts. Royal agents scoured Italy and the Near East, acquiring books to round out the collection. The French ambassador to Venice and Rome brought several Greek manuscripts to the collection. Other portions of his library came to him by chance. After the Duc de Bourbon committed treason against him, Francis seized Boubon’s entire collection. Georges de Selve, ambassador to Venice, acquired a translation of Plutarch’s Lives for the collection at Blois. To win Francis’ favor, several wealthy Italian nobles and merchants donated several ancient manuscripts to the royal library.

Francis sent several of his agents to Greece to amass a large collection of Greek manuscripts. Francis hoped to use them to establish a multilingual college in Paris. Francis planned to use his superior collection of books to become a true Renaissance scholar prince, but the expense of his Italian wars kept him from realizing that dream. Eventually, he turned back to his project of expanding his royal library.  We’ll look at that story next time. 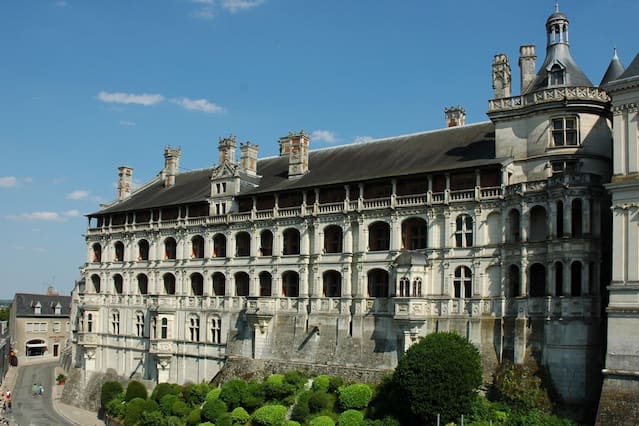