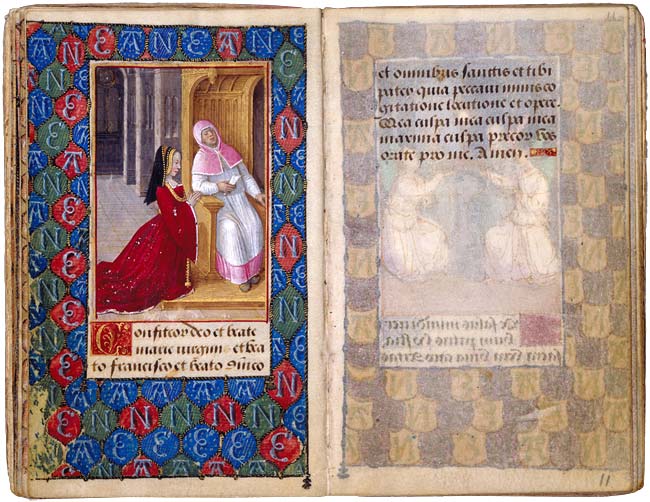 Prayer books are one of the most common forms of art that survives from the Renaissance and mideaval eras.  Although most ladies knew the scriptures contained in them by heart, they carried these books with them daily as they went about their regular routine.  Generally speaking, a prayer book, sometimes referred to as a Book of Hours, is divided into sections of texts from the Gospels, prayers, lists of Catholic feasts  and Pslams that the reader can recite with a priest or family group or read them silently in her private devotion.  It’s tempting to claim that before the advent of the printing press, no devoted Catholic had access to a written version of the scriptures for their personal use.  Prayer books prove that for a wealthy woman, the most commonly used portions of the Bible were within her reach every day. 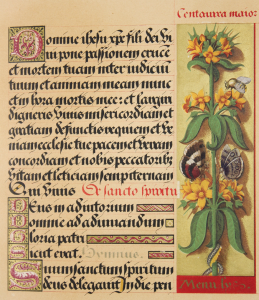 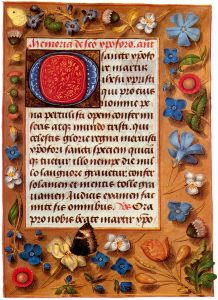 Anne of Brittany, who became Queen of France through marriages to two French Kings, contributed more to French history than territory.  She commissioned a book of hours that survives as one of the best examples of medieval and renaissance art anywhere in Europe.

Born a Princess of France, Claude Valois continued in her mother’s footsteps and carried an exquisite prayer book of her own.  Like her mother, Claude died young and had very little influence on French politics, other than giving birth to Francis’ children. 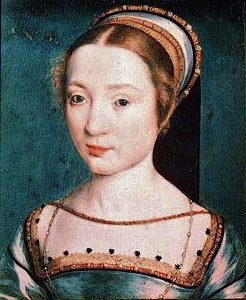 Claude’s daughter-in-law, Catherine de Medici carried a prayer book that featured portraits of all of her children with their spouses.   I haven’t found any definitive proof that she commissioned it herself or if it was a gift.  Many books were presents from a husband to wife at the time of their wedding, but given the fact that one leaf has a portrait of Henri III and Louise of Lorraine, who married in 1575, I would assume that she commissioned it herself.  The book could have been reset and the leaves added as her children married and added family members. 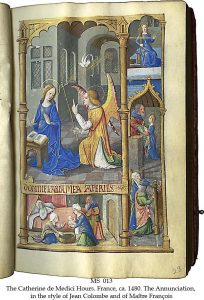 The tradition continued in the French court throughout the Renaissance.  When Marie de Medici became Henry IV’s second Queen, she added her own book to the collection of royal prayer books.  The lace-like detail of the individual pages really needs to be seen to be believed. 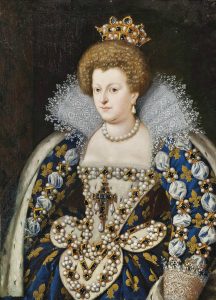 Don’t get the idea that all prayer books of the period were stuffy religious articles.  There is a salacious story handed down over the centuries that Catherine of Cleves, Duchesse de Guise, used portraits of her lovers as models for the saints in the portraits of her own prayer book.  I could never find a source that proved or disproved that rumor, but I could not help including it in Almost a Queen. 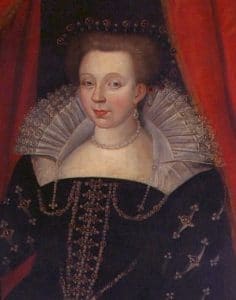 Today, a prayer book will fetch a pretty price on the auction block as an art piece or an investment.  When the ladies who originally owned them they were a part of their daily lives.

Get to know these women when you get my free story. 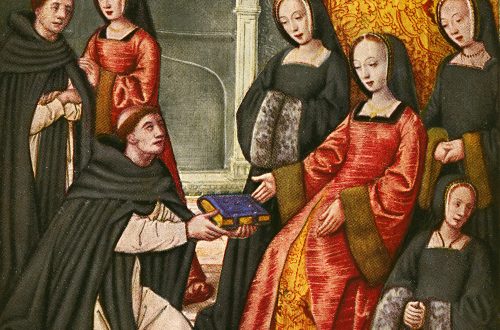 On this day: Anne of Brittany is named her father’s official heir