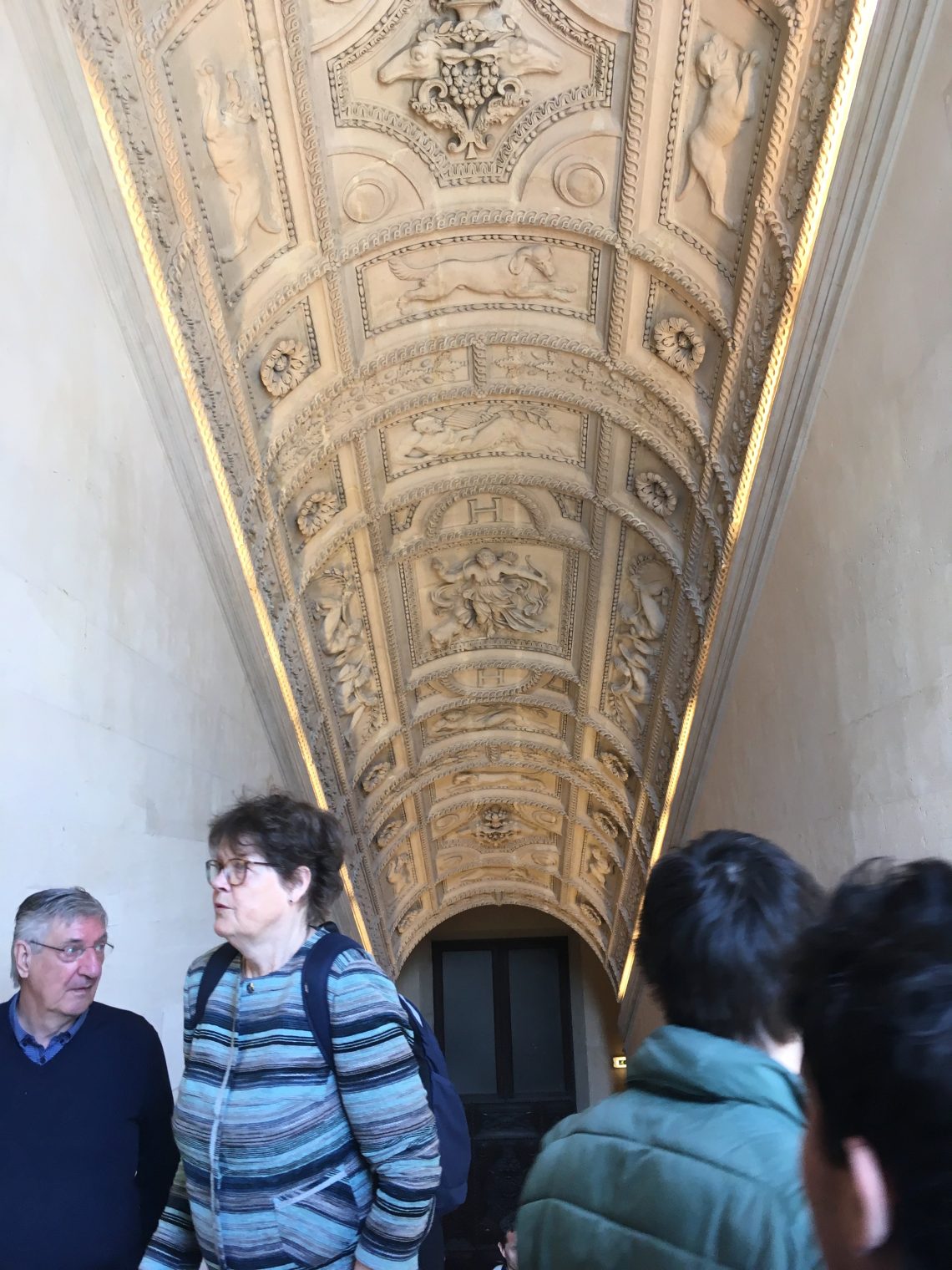 Today we’re going to look at the Louvre during the time that it was a Renaissance palace. It was really hard trying to do research on the Louvre because today we look at it first as a world class museum, and later as what “used to be a palace.” So today I’ll be focusing on the Palace of the Louvre.

There was a building on the site occupied by the Louvre as far back as the 12th Century, when Phillip II built a fortress to defend the western parts of Paris from Viking attack. The site remained little more than a fortress until the 14th Century when Charles V decided to turn it into a “palace of the arts.” I doubt that was anything like a museum, especially the one that we see today.

What I have been able to learn through my research is that by the time Francis I came to the throne, the buildings were little more than a dilapidated fortress, which was not in keeping with the palaces of the Renaissance that Francis wanted to create across France. After starting with his Chateau Chambord in the Loire valley, he turned his attention towards the existing Louvre complex. Towards the end of his reign, he started to modernize the building, but after his death in 1547, his son Henry II took over the responsibility for completing the work.

Under Henry’s direction, the buildings of Charles V’s time were demolished and architects including Pierre Lescot and J. A. du Cerceau built large reception areas to emphasize the power of the Valois monarchs. One part of the Louvre that bears Henry’s stamp is the Salle Henri II.

Visitors today can see very little of that the Renaissance era Louvre looked like.  Although it’s one of the few royal structures to avoid damage or destruction during the Revolution, changes by later monarchs have made teh Louvre of the 1500s unrecognizable.