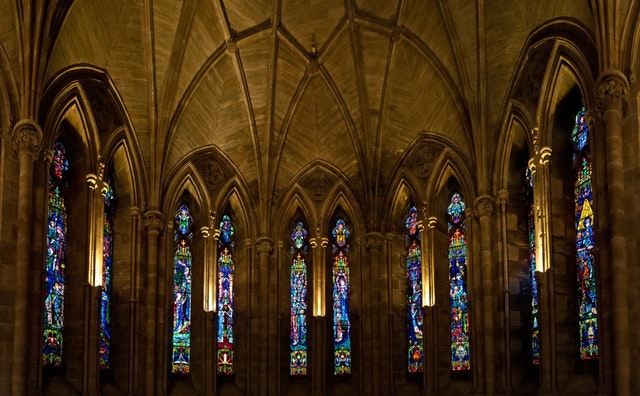 The third and final division of the King of France’s household was that of the Chapelle, or chapel. For a man who held a mystical position in concert with the Catholic church, the chapel was an integral part of his royal duties.

The men assigned to the chapel looked after the king’s spiritual needs. Like a typical parish priest, they held masses, delivered sermons and heard confessions. The official who managed the Chapelle was known first as the Grand aumonier du roi, which Charles VIII and Francis I changed to the Grand aumonier de France. Serving as the bishop over the court, the grand aumonier followed in the train Francis wove across France as his court struggled to keep up behind him.

Francis fiddled more to reogranize the department, finally settling on three major divisions. The first, the aumonerie, was tasked with charitable works by the King and his court and some hospitals across France. The second, the chapelle de musique, was under the guidance of the maitre de la chapelle, whose numerous choristers organized the numerous high masses the King and courtiers were required to attend. This division included the King’s own confessor, and a number of preachers and royal lecturers who handled the numerous day to day religious activities of the court, including marriages and baptisms. Finally, the third division was the oratorie, which under the maitre de l’oratoire organized the low masses.

The Chapelle staff apparently had the most secure jobs within the King’s household. During times of war, the nobles would desert the court to take up arms, “leaving a rump of women and clerics at court.” Over Francis’ reign, the size of the household grew or shrank according to the King’s own circumstances. In 1523, money was running short, and Francis responded by cutting back on expenditures and the number of people in his household. A decade earlier, while Francis was imprisoned in Spain, his mother served as regent, running the kingdom at a monastery near Lyon. Most of the servants and officials left without a king to serve, but the chaplains, almoners were compensated with benefices while Louise was unable to pay them at a reduced court.